The HSEQ Academy is brought to you by myosh, with contributions from select partners.
hseq.academy@myosh.com

Webinar: Industrial Manslaughter : Coming Soon to a Jurisdiction Near You

Whatever we may think of the need for industrial manslaughter offences and whether they are fit for purpose as the solution for the problem they are said to solve, it is a reality with which industry must now grapple. 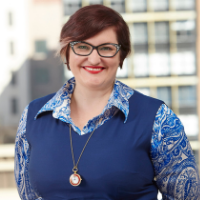 Alena Titterton is a health, safety and security partner of the global law firm Clyde & Co.  Alena is dual qualified in law and behavioural science (majoring in psychology) which allows her to bring a multidisciplinary and practical approach to supporting clients in managing their legal risks in these very challenging areas.  Alena works in both the private and public sectors, investigating and responding to incidents, defending clients in claims and prosecutions but also in establishing effective safety management systems and processes proactively before things go wrong.  Alena advises Boards and executive teams on safety due diligence and conducts WHS legal compliance audits, having developed the audit tool, ClydeComply.